Why PDFs are not Digital Credentials 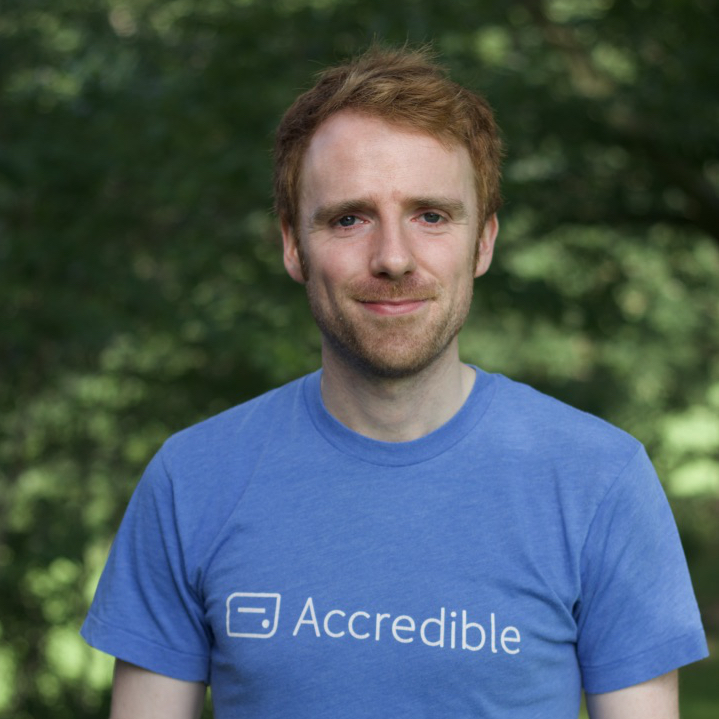 Here at Accredible, we often get asked how we’re different from PDFs. Other times people think that’s all we do – issue digital copies of a paper certificate. We usually explain it this way: a photograph of a check isn’t the same as electronic banking. Similarly, a PDF isn’t the same as a digital credential. In this guide we’ll walkthrough the difference between a PDF certificate and a digital credential.

Traditionally, organizations use a paper certificate to recognize achievement for completing a class or program. These certificates would be used to show employers that you’d gained a particular certification, and that certificate would be the record of truth you would show when you needed to prove your credibility.

These paper certificates are still used today but have a number of problems.

The Problems with Paper

Let’s explore the issues with paper certificates in more detail.

Having a single paper source of record makes it easy and likely for this record to get lost. All it takes is a single misplacement or a rushed house move to result in a call back to the issuing institution to request for another copy. How many times have you received a certificate just to have it get placed in a drawer or box and forgotten about?

They're relatively easy to fake

Modern “high-stakes” paper certificates are typically watermarked, embossed and stamped with a foil mark. These make the paper hard to reproduce for most people but they rely on people verifying the certificate knowing what the certificate should look like. As different organizations use various standards and patterns there’s no way to easily know that the certificate you’re seeing was actually issued by the organization as claimed.

Paper certificates are hard to share on your social networks and professional platforms and hard to embed into your digital life. The best option is take a photo of your achievement and upload that image onto the web, typing in any data as required.

They can't be updated

One out of every five hundred certificates issued has an error of some kind, typically a mistake in the name of the recipient. With paper the only option is to replace the document wholesale. There’s no way to easily amend errors or to cater for future changes such as a recipient updating his or her legal name.

Credentials are used in a diverse set of roles and have to provide the ability to give context to an achievement, tell the reader about the issuing organization and compare the recipient to other recipients with just a few pieces of text and a couple of images. With the increasing variety and complexity of achievements it’s clear that there’s a need for more data to be delivered with a credential.

They don't allow for automation

Many organizations have taken steps to automate parts of their certificate delivery process through exports, print APIs and shipping automation. These are great steps to reduce the work and cost involved in credentialing but they’re missing out on the automation that a digital asset enables. A digital certificate is easy to integrate into almost any electronic system.

The advent of Blockchain technology is a good example of how technology changes over time. We can expect that new formats, new technologies and new uses will be found and applied to credentials. If the credentials aren’t digital then they can’t keep up with these changes.

They remain entirely in control of the current holder

Organizations need to revoke certificates. For many institutions this doesn’t happen often but for those where certifications expire after some time period it’s very normal to mark a credential as invalid. With paper the recipient has total control over the document and may continue to claim the achievement is valid regardless of a revocation.

They're expensive to produce and deliver

Printing and delivering a paper certificate is expensive. Since each one has a unique information such as the recipient name they aren’t as easy to batch print as most documents. Typical costs for printing a delivery of high quality paper certificates are between $10 and $20. International delivery in particular can be challenging and push this cost higher.

Not only are paper certificates expensive to print and mail, it’s common for them to get damaged, or completely lost, in transit.

The drawbacks of paper are clear but where do PDF certificates fit in this assessment? Are they a good alternative to paper?

A suitable analogy is to think of PDFs for certificates as a scanned image of a check is to banking. It allows convenient digital transfer of information and is a familiar, comfortable asset but it doesn’t unlock the true value of going digital. It’s hard to extract the data from this document and to be able to use it outside of the traditional check-deposit cycle. Alone it certainly doesn’t enable you to automatically reconcile your accounts.

PDFs, although alleviating some of the problems of paper, still come up short and suffer from many of the same shortcomings.

They can still get lost

Downloading a PDF into your downloads folder is similar to receiving a paper certificate in the post. You’ll put it somewhere safe at first but when you need it two years later you’re unlikely to remember where that was. Having no central store means that PDF certificates can be just as easy as paper to lose.

They're relatively easy to fake

A static document is easy for people to produce and modify. Like paper, PDF certificates rely on conventions that vary between different issuers. Digitally signing a PDF only reflects on Adobe Reader and won’t mean anything to third party viewers. With easy access to image editing software, faking digital PDF copies of certificates has never been easier.

No one wants to share a PDF file on their social media platforms! Like paper, the best option is to capture an image from the document and share that. You’ll then need to manually input the course and institution information… Attempting to share a PDF document is cumbersome, inefficient, and ultimately doesn’t get across the most important information.

They can't be updated

To update a PDF certificate you need to regenerate the document from scratch and re-deliver it to the recipient. Like paper they’re static and hard to change after being created.

PDF files can contain many pages and this certainly provides the opportunity to give more context and information to a viewer of the document. However, consistently formatting these pages, and using more complex data like a full transcript or a work sample, is challenging. Not to mention, the more you add into a PDF, the larger the file size.

They do allow for automation

PDFs are easy to automate into a workflow compared to paper. They can be generated programmatically and sent out via email.

Like paper, PDFs aren’t able to keep up with the changes in credentialing pushed forward by new technology and greater demands from employers.

They remain entirely in control of the current holder

Once a PDF certificate has been sent out it remains in the control of that recipient. An organization needing to revoke or expire the certificate doesn’t have an easy option to update or remove the PDF.

They're not expensive to produce and deliver

The biggest benefit of PDF certificates above paper is that they’re very cheap to produce and delivery can be almost free via a learning platform or via email.

PDFs Are Not the Future

PDF certificates aren’t the future of credentialing. They do offer small incremental improvements when compared to paper, but ultimately suffer from many of the same shortcomings. They simply aren’t a viable solution for organizations hoping to protect their brand, gain marketing value, and collect alumni insights from their certificates. They are cheap, but with credentials being the only output that the employment market sees from your education, is it worth pursuing cost saving above all other concerns?

If you’re interested in learning more about implementing a secure and automated digital credential solution from Accredible, you can contact us here to setup a demo or consultation.